I would just like to formally apologize to the devoted who have been faithfully refreshing my blog every minute for the past two weeks, those of you who have been desperately anticipating a new post with which to pass the time, all to remind yourself that at least someone out there is more miserable than you. Alas, I am currently being mercilessly beaten with reflex hammers by a set of exceedingly cruel neurologists who have made it their goal to ensure that the last three weeks of my third year are undoubtedly the most painful, boring, slow, time consuming, humorless, and mind-numbing weeks I have experienced in my entire life, sapping any and all energy I might have when I return to my apartment (at a gloriously late hour) an 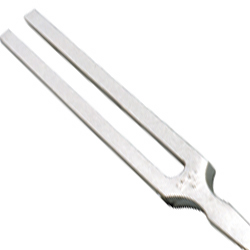 d barring me from being the normally witty, composed, and ridiculously attractive writer that I am. I wish I could say more, but they are threatening to shove a tuning fork up my...oh no...here they come agai-

I promise that as soon as I have extracted the tuning fork from my rectum, I will have something more substantial to say...in the meantime, does anyone have any pliers handy?

It starts with the look in their eyes. Vacant, but still brimming with a mischievous and psychotic slant that makes the blood curl. Their eyes follow you around, tracking your every movement, scouting your every action, waiting to signal to their brains that your behavior has become unacceptable to them for no obvious reason. It then follows to the nose, perched, haughty, with a sense of entitlement rather peculiar and seemingly unwarranted. It ends with the mouth. All lip-smacking aside, it is the grime and filth that emanates from their mouths that disturbs me the most, that chills my spine, burns through my stomach, and generally leads to day after day of soiling of my underwear (which may or may not consist of hot pink panties…or nothing at all). They argue, they scream, they complain, they demand things unreasonable, they kill you with kindness and then change suddenly to evil beast people. They roam mindlessly around the psychiatric wards, ready to gnaw any remaining morsel of dignity out of the wretched beings known as your average medical student.

Put simply, psychiatrists are the most annoying mother fuckers I have come across all year.

When I started this rotation I was pretty much convinced that psychiatric patients were crazy. But at least the schizophrenics I have encountered and had the privilege of knowing over the past few weeks have grown on me as I have overcome my own personal fears and become more comfortable with them. I have begun to admire their unique perspectives, sympathize with the wars going on in their brains, and tolerate the moments when they choose to stare into a keyhole for hours at a time. Maybe they aren’t crazy, per se, just different.

But the psychiatrists, on the other hand, are just fucking nuts. Period. One minute I’m their best friend, doing all their scut work, putting up with their emotional issues, and toiling around while trying to pretend like I am listening to them ramble on and on (and on and on and on) about their outside passions. Then suddenly the hamster furiously spinning in their brains has a fart and these psychiatrists become furious, demanding I do some inane task that bears no relevance to anyone or anything and wondering why I did not do that task five minutes ago. They start barking orders, getting irritable, and making no sense whatsoever. But then, out of the blue, they start throwing out things like “Hey, tomorrow is your last day…we love you guys so much, so let’s get a stripper to celebrate! Who’s going to bring the drinks? He he he” even though I know damn well that these people haven’t come within a mile of a stripper, alcohol, or anything other than their imaginary friends (not that there is anything [cough] wrong with imaginary friends) in years. So we’re best friends now and you want to smoke out? Huh? How the hell am I supposed to work with you people? MAKE UP YOUR FUCKING MINDS! GAHHHHHHHHHHHHHHHHHH!

OK I feel much better.

Look, I’ve learned that psychiatry is a very important field, there are some very sick people out there who need our help, and all those idiots that claim that there is no such thing as mental illness are just that, idiots. Props to anyone who can deal with this patient population and provide them with the care that they need. But I’ve also learned that it takes a certain amount of having a pathological personality to be a psychiatrist and function among this set of peers. While I am quite possibly the most neurotic person on the face of the planet, I am not yet crazy enough to qualify for this and could never see myself doing this. Of course, the beautiful irony of all this is that the one person truly crazy enough to make a great psychiatrist and work well in this setting is none other than Tom Cruise himself. 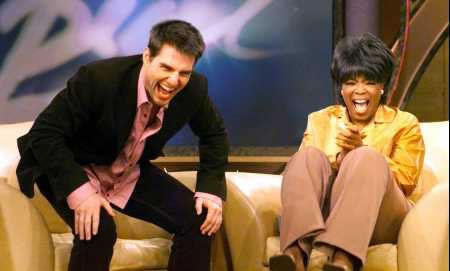 Now if you’ll excuse me, I have a stripper to order.

Something remarkable has happened. Actually, I am writing this right after it happened. Let me explain. It's 2:00 PM, and I'm sitting at a computer in the schizophrenia ward of the local VA. I have had little sleep. I'm beaten down from almost one full year of all this. The 4:00 AM alarm clocks. The driving. The pain, humiliation, and frustration of being the most clueless person around all the time. The patient's and their issues (and their non-issues that they think are issues because someone or something told them that they have issues that are not real issues). The futility. The guilt. Frustrations. Anger. Grief.

It really weighs on you, and I think "it" is mostly fatigue. But I'm pretty sure that everyone, at some point, experiences what just happened to me. Like I said, I am sitting at a computer, having finished my work two hours ago but still waiting for the resident to read my notes so that I can go home. I am sitting at a computer, having just noticed that same resident emerge from her office with a brand new hair style, a hair style she no doubt spent the last half hour sculpting and molding to perfection, knowing full well that there were two glorious notes written by none other than me waiting for her approval, just sitting idly in her VA inbox, waiting to be free. And I think of all the notes I've written, all that paper. All those labs. The progress notes. The transfer notes. Accept notes. Discharge notes. Procedure notes.

It was right about at that moment that I started laughing hysterically.

I laughed for about five minutes straight. Watching this guy do his crazy thing. Waiting for my resident to acknowledge my existence. Wearing every ounce of a year's worth of fatigue on my shoulders.

Maybe it's not so bad after all.

I Can Be Serious, Too

Tales From The Crypt (And By Crypt I Mean Medical School):

Do you have aspirations of going to medical school and need some sense knocked into you? Do you work for a large publishing company and want to give me oodles of money to publish my stories of misery? Are you an attractive, single, Jewish female? Email me at: thefakedoctor@gmail.com